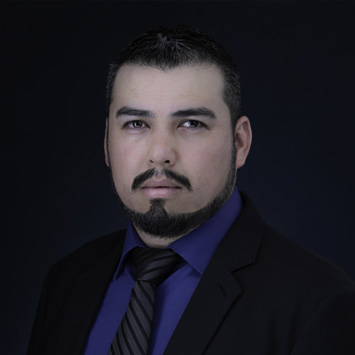 Naun Garcia immigrated to the US when he was 8 years old and dreamed of one day owning his own business. As he grew older he found he was naturally drawn to technology.

Naun’s curiosity led him to study everything he could about web development. At only 14 years old Garcia taught himself HTML and began building websites. What started out as a passion soon became his calling. He founded Bridge Web Hosting in 2006 and began developing websites that convert site visitors into customers for his loyal clients.

To further his digital expertise Garcia entered Fresno State as a Computer Science major and spent the next 2 years learning about algorithms, data structure, and programming. He continued to serve his clients through Bridge Web Hosting and discovered he preferred solving business problems with technological solutions to building computers and software. He switched majors and became a student of the prestigious AACSB accredited Craig School of Business. Mr. Garcia graduated from Fresno State earning a Bachelor’s of Science in Business Administration with an emphasis in Computer Information Systems in 2013.

In 2014 he founded Inpower Marketing in order to offer clients potent marketing tools which will help them drive sales and create long-term customer relationships. Marketing, Development, and Graphics Design professionals have been brought on to expand the company’s offerings and provide the highest level of service. Inpower Marketing is a multi-media marketing firm and provides clients with innovative, effective, and fairly priced marketing solutions that build stronger brands and convert prospects into customers.

Mr. Garcia endeavors to give opportunities to those who want to build their future. In addition to being a SCORE certified mentor and volunteer, Naun is also a board member of Focus Forward & the Central California Hispanic Chamber of Commerce. He is highly involved in the community and is inspired by helping others and being witness to the great success that comes from dedication and hard work.