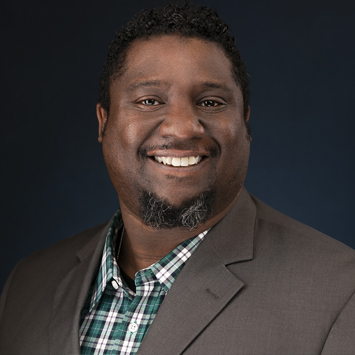 At age 12, he moved to Fresno, CA. and finished his general studies, attending Cooper Middle School and then Fresno High School. It was there that he studied Marketing at the once-famed “FHS Marketing Academy”. It was in this setting that he first learned about the differences in sales, retail, ownership, resume building and received his first “official” job working at The Meat Market in North Fresno. (He had worked for his stepfather’s construction clean-up company since he moved to the Fresno area.)

After high school, Everette wanted to expand his horizons, so he moved to Pueblo, CO. An opportunity presented itself to travel the U.S.A. and make money, so he joined a publication sales company. This company travels to different cities in the U.S.A., knocks on doors to sell publications. Everette learned a lot from this organization, particularly to make sure that a salesperson is “remembered”. This has stuck with Everette his entire professional life.

In March, 1998, Everette returned to Fresno and began a career in hospitality at the Piccadilly Inn Airport as a bell person while continuing college education.He has spent the next 23yearsin this industry doing all from front desk, sales, operations and management. He is currently the Dual Sales Manager for the Best Western Plus Fresno Airport Hotel and the Best Western Plus Fresno Inn. Everette is also studying to obtain his real estate license, and plans to open a few businesses in the Fresno area.

Mr. DeVan spends a lot of time volunteering for different organizations, such as the Central California Hispanic Chamber of Commerce, Mid-Valley Christian Job Corps, Fresno Chamber of Commerce, Fresno Metro Black Chamber of Commerce, and for his church. He is happily married to his wife, Renee, has no children together, but two grandchildren. He enjoys writing, bowling, listening to music, watching sports (he is a hardcore Green Bay Packers and Golden State Warriors fan), and spending time with his family. He aspires to be of service to people and realize his dream one day of being in public service and helping everyone.